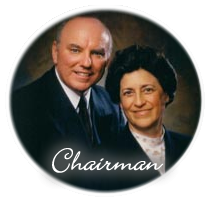 Jerry and Beth Burns were married on September 25, 1971. Exactly one year later, on their 1st Wedding Anniversary, they were appointed as Missionaries to Venezuela, South America. They later served also as the first Resident Missionaries in the Dominican Republic and as International Evangelists.

Over a Ministerial Career that spans 50+ years, almost half of that time has been in ministry overseas.

They are currently under Global Missions appointment as Associated Ministers and Global Educators.

Bro. Burns was on the staff at World Evangelism Center UPCI from 1987 to 1996 and served as District Superintendent of the Texico District UPCI (2007 till 2011). He is a past Chairman of the Veterans of Global Missions Association (VGMA) of the UPCI  (2006 to 2009), and also served as Coordinator of the Global Evangelism Ministries Department of Global Missions – UPCI. 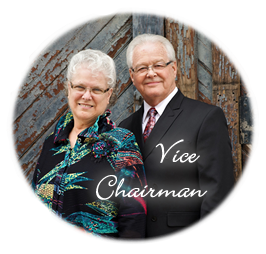 Bro. Tracy was born and raised in New Brunswick, Canada and is a third generation Apostolic.

He served in every possible position in a local church before entering full time ministry at age 30 in Hatfield Point, NB. He and his family served as a Global Missionary for twenty years in Pakistan, as Regional Director of Asia, and member of Global Mission Administrative Committee.

Bro. Tracy, more recently, served as pastor at New Life St Louis for twenty years. He is now Bishop at New Life, travelling and ministering extensively with a focus on assisting pastors with leadership development in local churches.

Jim Crumpacker is from Alaska/Washington State.  He attended Conquerors Bible College in Portland, Oregon and served as Youth Pastor in Everett, WA.  From there we lived in Alaska and Michigan working in churches as needed.  In 1982 we received a call to go to Kenya and teach in Ministerial Training Center as AIMers.  We fell in love with Africa and went on to be furlough replacement in Malawi, Africa.  In 1984 we were appointed missionaries to Malawi and served there for 20 years.  In 2003 we were asked to transfer to Kenya, and we served there as supervisors and Bible College teachers for 16 years.  Also served as area coordinators in Central, south, and eastern Africa.